Access articles and electronic books from the Library's subscription databases from off-campus! When you click on a database, you will be prompted for your user name (your student ID) and PIN (the two-digit month and day of your birth in MMDD format).

If you need help resetting your pin, please visit this page.

This Fall 2022 Semester, the library is offering a new online OneSearch Library Catalog Tutorial.  The tutorial is available in our library catalog, in many of our library research guides, and on our library website.

Upon completion of the OneSearch Library Catalog Tutorial, library patrons should be able to:

2. Search for and locate books and e-books, videos, articles, digital media, and more in the library's collection.

3. Request items from other LACCD libraries.

At the end of the tutorial, there is a short online quiz, which provides users feedback.

The Library's databases allow access to information that is not freely available on the internet, and sources that have been vetted for credibility. In addition to academic journals,databases can include newspapers, magazines, trade journals and other sources. Check with your professor about any source requirements before you begin your research.

Communication and Mass Media Complete
This database covers multiple disciplines and a variety of formats including academic sources as well as newspapers, magazines and more.
JSTOR
JSTOR contains exclusively academic and scholarly journals for a variety of disciplines, primary sources and books. This includes film and media topics.
ProQuest
Access to articles from over 4,000 academic and popular magazines and journals on a variety of topics, including film.
Historical Newspapers: Los Angeles Times (1881-1990)
Historical newspaper articles can be helpful when researching classic films and film history topics. These articles can shed light on the socio and economic events that occured during the time these films were released.
Biography in Context

Biography In Context can be used when researching filmmakers, actors, or screenwriters. This resource offers authoritative reference content alongside magazine and journal articles, primary sources, videos, audio podcasts, and images. Covering a vast array of people from historically significant figures to present-day newsmakers, it’s continuously updated to ensure that students have access to the very latest information.

You can also use any of our other databases from the complete list on the library's website.

The list below includes other web sites and library archives that may be helpful to your film research.

The Margaret Herrick Library is a world-renowned, non-circulating reference and research collection devoted to the history and development of the motion picture as an art form and an industry. The library's holdings include manuscript and photograph inventories, and databases of production art, manuscripts, academy awards, and acceptance speeches.

Society for Cinema and Media Studies

The Society for Cinema and Media Studies is the leading scholarly organization in the United States dedicated to promoting a broad understanding of film, television, and related media through research and teaching grounded in the contemporary humanities tradition.

Chat with a librarian any time! 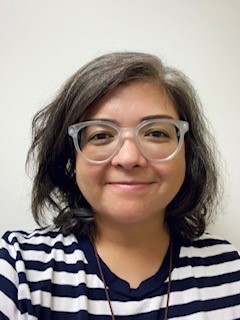