Have you heard of The Guarantee Clause? 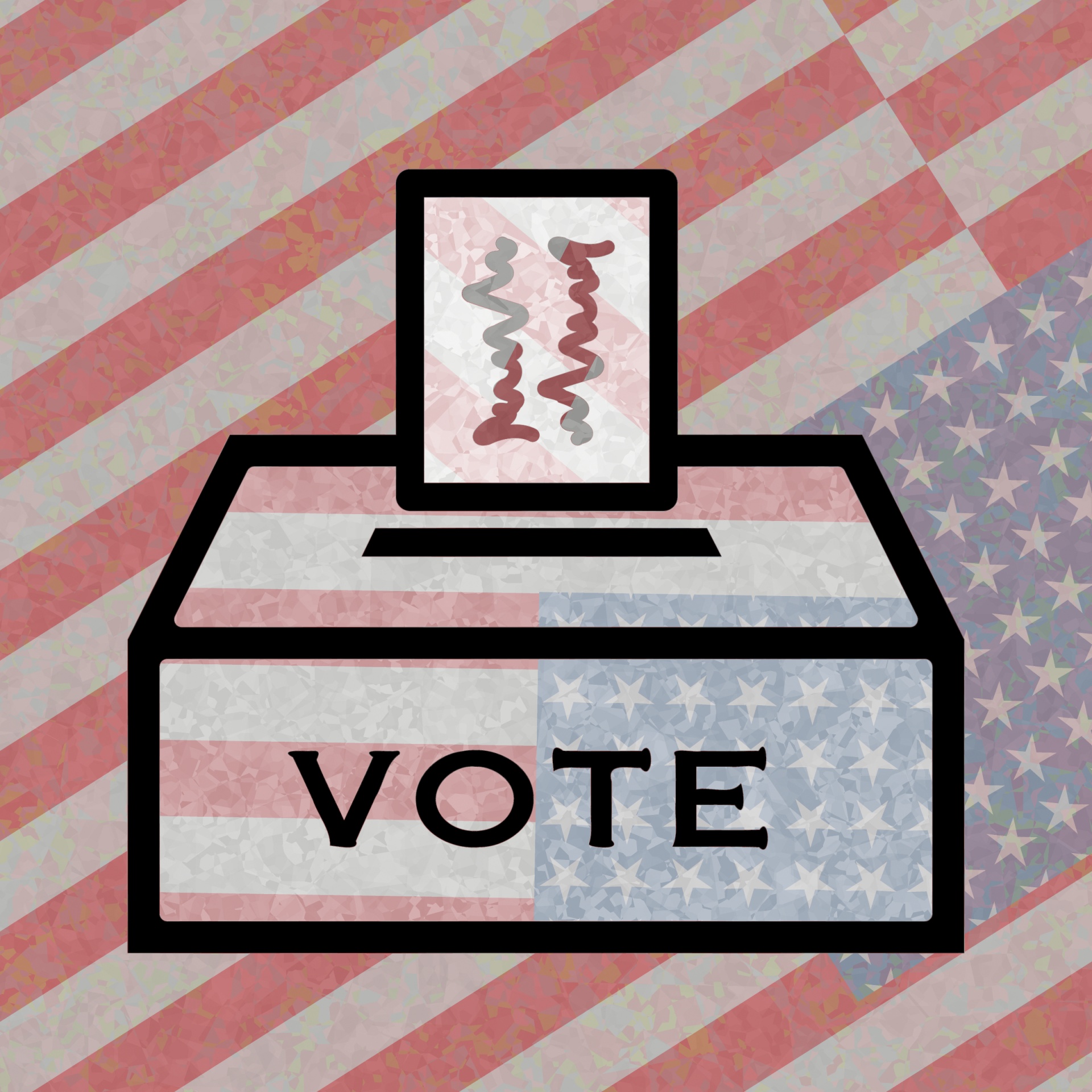 "The United States shall guarantee to every State in this Union a Republican Form of Government, and shall protect each of them against Invasion; and on Application of the Legislature, or of the Executive (when the Legislature cannot be convened) against domestic Violence."

What was the purpose of this constitutional provision?

The purpose of this provision was to make sure that United States government was united on its commitment to be a government of the people and not a monarchy.

According to the historical record left by the Constitutional Convention of 1787 and James Madison’s correspondence with Edmund Randolph, another Virginia delegate to the Convention, who on June 11, 1787, affirmed his support of Madison’s idea regarding the provision that “a republican government must be the basis of our national union; and no state in it ought to have it in their power to change its government into a monarchy.” On July 18, Delegates Wilson and Mason indicated their understanding that the object of the proposal was “merely” to protect states against violence, Randolph asserted: “The Resoln. has 2 Objects. 1. to secure Republican government. 2. to suppress domestic commotions.He urged the necessity of both these provisions."  https://www.law.cornell.edu/constitution-conan/article-4/section-4/guarantee-of-a-republican-form-of-government-historical-background

James Madison in the Federalist 39 on January 16, 1788 defines what he understands to be a Republican Form of government:

“If we resort for a criterion, to the different principles on which different forms of government are established, we may define a republic to be, or at least may bestow that name on, a government which derives all its powers directly or indirectly from the great body of the people; and is administered by persons holding their offices during pleasure, for a limited period, or during good behaviour. It is essential to such a government, that it be derived from the great body of the society, not from an inconsiderable proportion, or a favored class of it; otherwise a handful of tyrannical nobles, exercising their oppressions by a delegation of their powers, might aspire to the rank of republicans, and claim for their government the honorable title of republic. It is sufficient for such a government, that the persons administering it be appointed, either directly or indirectly, by the people; and that they hold their appointments by either of the tenures just specified; otherwise every government in the United States, as well as every other popular government that has been or can be well organized or well executed, would be degraded from the republican character. ..” [emphases added] James Madison, Federlaist no.39

In this important Federalist Paper, Madison highlights the essential elements of a Republican type of Government for the United States:

• The power of a Republic or Republican government comes from the sovereignty of the people.

• The people who run the government are elected by the people for a certain time, at their pleasure and/or during good behavior.

This type of government has clearly evolved over the 235 years of existence. We call the U.S. Federal Government a Republic with a representative liberal democracy. As such, we the people of the United States elect our representatives in government for specific terms in office.

Further, we conduct regular, free and open elections, the results of which results are to be respected to provide for a peaceful transition of power.

The Guarantee Clause of the U.S. Constitution is not only ensuring that the states are protected from an invasion or domestic violence, but very importantly that a “Republican Government” or Representative Democracy is the type of government that exists in every state of the Union.

This means, to me, that the U.S. Federal Government is charged with guaranteeing that every state of our Union has a government that offers its people the benefits of our U.S. Constitution, the Bill of Rights, and all the other 17 Amendments. In short, no state can turn itself into a dictatorship or any sort of authoritarian government that denies or diminishes its people these constitutional protections. Any state that would do so may be risking the intervention of the U.S. Federal Government to correct such deviation from the Guarantee Clause. The hard political question is whether the U.S. Federal Government would act on those constitutional grounds. It is concerning to see the changes currently taking place as several states pass laws suppressing voting rights, limiting or abolishing privacy rights and women rights, while expanding a “constitutional right” to have concealed weapons in public.

It seems that instead of extending more civil rights and liberties to the people, some states, and even the U.S. Supreme Court, are limiting or abolishing them. It is truly hard today to understand what the “Republican Government” that the Guarantee Clause is supposed to protect is. Yet this is a critically important issue to ponder and to learn more about for those interested in protecting our representative democracy.

Liberal Democracy: As defined in Governments of the World: A Global Guide to Citizens' Rights and Responsibilities, "Liberal democracy is generally understood to be a system of government in which people consent to their rulers, and rulers, in turn, are constitutionally constrained to respect individual rights...At a minimum, liberal democracy is characterized by the following:

Both terms refer to a form of government, but not a political party.

The Library has print and electronic books about the Constitution, voting rights, citizenship and more! Visit the Library to see our display and borrow a book. 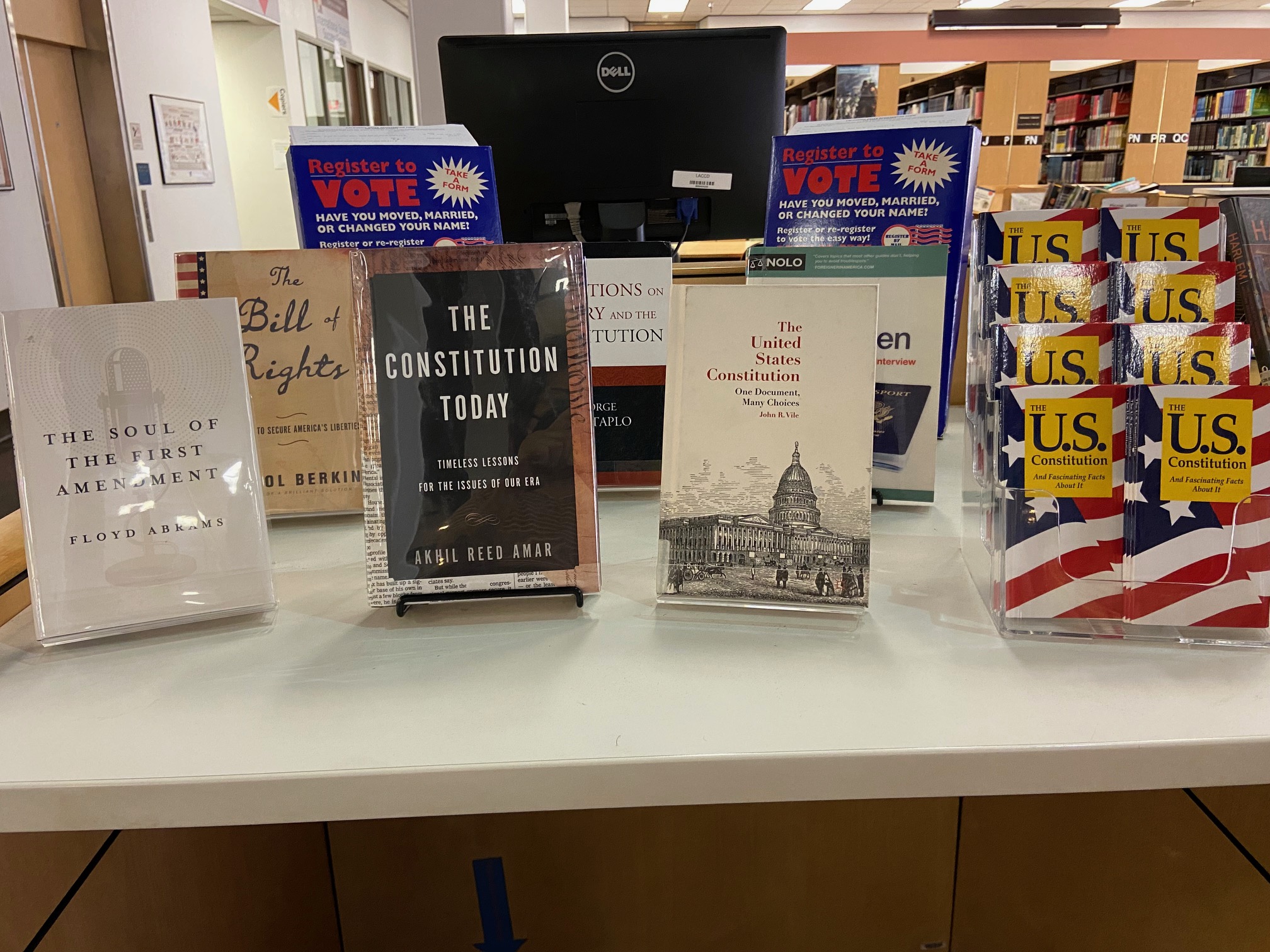 While you're here, pick up a mini constitution, free while supplies last. 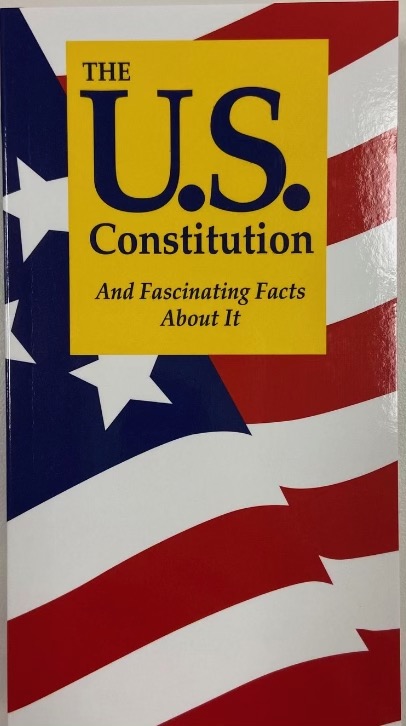